The ACCA's first participation in the IGWG meeting (October 2018) 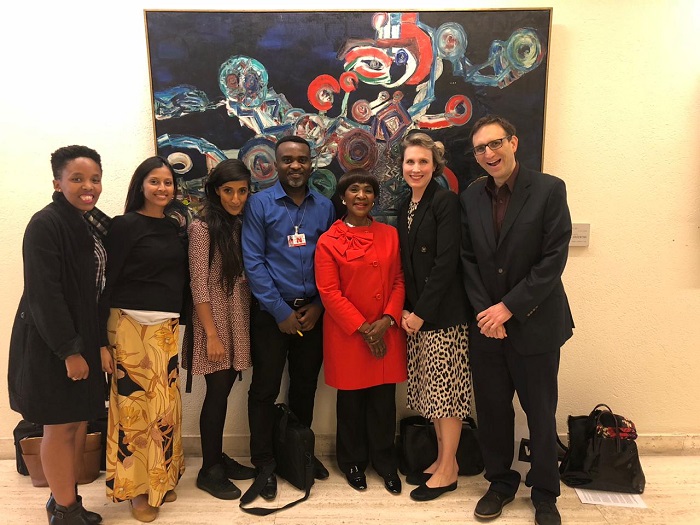 During the 2018 ACCA GA, a strategy meeting on the Zero Draft Treaty (Draft Treaty) took place. The purpose of the session sought to gather the ACCA’s input on the Draft Treaty. The input from participants helped reinforce the need for the ACCA to continue engaging actively in the Draft Treaty process to guard against corporate impunity for communities.

Immediately after the 2018 ACCA GA, I jetted off to Geneva to represent the ACCA at the 4th IGWG meeting, which took place from 15 to 19 October 2018. The favourable outcomes of the Draft Treaty Session at the GA served as a constant reminder of my mandate to convey these outcomes during the IGWG meeting.

Bearing in mind that this was the first IGWG meeting in which the ACCA participated, I seized every opportunity to arrange meetings with both ACCA member organisations and African civil society organisations (CSOs) present at the meeting. I also met with members of the Treaty Alliance and diplomatic representatives to help advance the ACCA’s advocacy efforts around the Treaty. I managed to secure a meeting with the South African Ambassador, who expressed her support in favour of the legally binding instrument.

A positive outcome from this meeting was the manner in which African CSOs showed their support in favour of a legally binding instrument. I took the opportunity to arrange a side-event with African CSOs present at the meeting to share our reflections on the proceedings. During the side-meeting, we unanimously concurred that the most worrisome factor was the weak participation of African diplomatic and governmental representatives. Our concerns and recommendations were collectively drafted a joint press statement.

This meeting helped reinforce the importance of the ACCA’s involvement in discussions around the Treaty. The full report of the meeting may be accessed here.