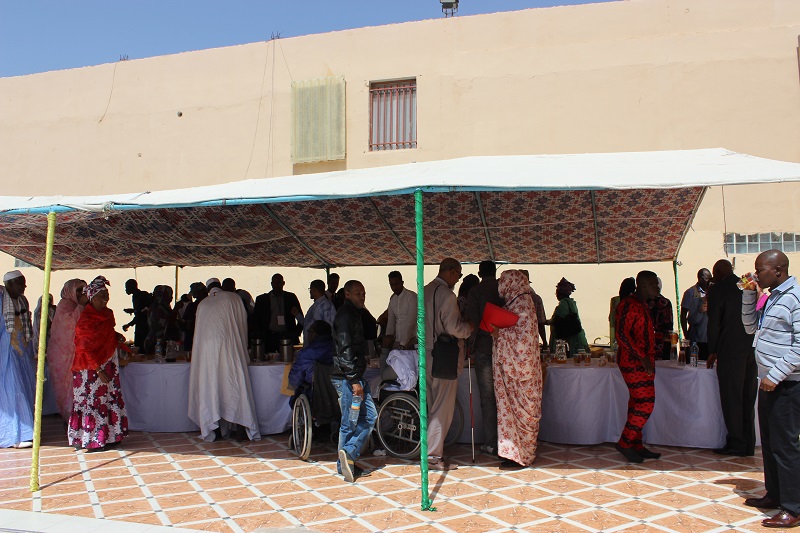 From 21-23 April 2018, the ACCA participated in the NGO Forum in Nouakchott, Mauritania which was convened by the African Centre for Democracy and Human Rights Studies. The NGO Forum precedes the Session of the African Commission on Human and Peoples’ Rights. This was the first time that the ACCA attended the NGO Forum. The ACCA, therefore, seized this opportunity to network with NGOs present, display ACCA material, and participate in a panel discussion.

Dr Michel Yoboue kicked off the discussion by playing the ACCA video which was released after the 2017 ACCA GA. Dr Yoboue reminded the audience that at a time when a lot of states in Africa speak about development, development is synonymous with contracts with companies wishing to invest in the country. He added that these contracts cannot be negotiated without the prior involvement and consent of local communities whose lives will be affected by them; an important prerequisite which is often neglected by states. On speaking on communities from the Kenya perspective, Cecilia Mugo stated: “Extractives is becoming the deadliest industry for those who get in the way. Communities have no power against mining industries and the human rights defenders trying to help them are stigmatised or killed”. Joseph Bikanda concluded the discussion by emphasizing that given the difficult working environments in which defenders work to ensure that businesses respect the rights of the communities affected by their activities, there is a dire need for national legal frameworks to protect these defenders and promote the pivotal work that they which do which often goes unnoticed.

The ACCA used this opportunity to hold individual interviews with panel participants, which were filmed. There interviews will be released as part of a video series in collaboration with the Business and Human Rights Resource Centre. The recommendations that the ACCA sought to bring to the attention of the organisers of the Forum include:

• The provision of legal aid training and judicial assistance in accompanying communities who are victims of human rights abuses by the activities of corporations;
• Problems linked with respecting the right to freedom of information to communities;
• Applying pressure on legislators, and politicians to take to cognisance cultural ways of life, values and practices linked to the African customs in the drafting of legal documentation in relation to access to remedy in development projects which aim to strengthen the portection of community rights;
• Strengthening ties with the African Union and the African Commission on Human and Peoples’ Rights to bring the voice of the ACCA in its work of supporting communities;
• Capacity-building to rally around common problems;
• Taking cognisance of cultural ways of life and values along with cultural practices and worship linked to African customs of impacted communities in the resolution of cases or disputes received by the African Commission on Human and Peoples’ Rights;
• We urge the African Commission to explicitly recognise that companies have a role to play in protection of human rights defenders and allowing them the space to do their work;
• We encourage the African Commission to urge member states to make sure that companies investing in Africa have a clear policy on defenders, a structure for engaging with them, and monitor threats and attacks against them before investment and for this to be done on an ongoing basis; and
• The African Commission should encourage countries to adopt laws which make due diligence for companies mandatory, and that these laws should explicitly recognise the role of Human Rights Defenders play in due diligence and the threats they face.
The ACCA sees its participation in this Forum as an important step towards protecting community rights. The ACCA’s presence at the Forum sends out a strong message that the ACCA is able and willing to participate at both international and regional fora to better support African communities and individuals whose rights are adversely impacted by the activities of corporations, both multinational and domestic.

To view the photos from this event, click here.